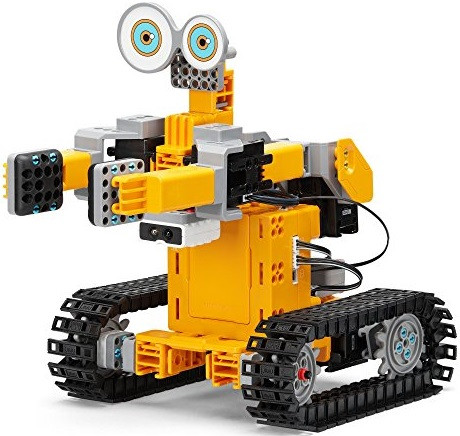 TankBot is the first Jimu Robot that runs on treads. It also has an infrared sensor that allows it to follow your commands to pick up, or maneuver around objects.

Jimu Robot is the only Robotic Building System that anyone can easily BUILD into specific models or your own creations, PROGRAM and CODE to move with any smart device, and GET SMARTER with STEM skills that will help you in school and life.